Before you continue Yahoo is part of Verizon Media. Verizon Media and our partners need your consent to access your device and use your data including location to understand your interests, and provide and measure personalised ads. Verizon Media will also provide you with personalised ads on partner products. Also, if the other students are annoyed, it will a let them see you're trying to do something about the student and b open the door for them to say something to the student.

It would probably help your cause to have some of the other students on your side. Good luck--that student sounds ridiculously obnoxious. New Blogger just lost my comment. Oh well.

Try to Use Hooking

Anyway, I feel like you're probably right that I should confront him in class, so that the other students will see that I'm doing something. The thought of it just turns my stomach. Until this past week, I thought I was handling the situation remarkably well for me, considering I hate confrontation: I have been arguing points with him rather than just backing down, and I have been letting him express his opinion and dissent within reason except for when I feel we really need to move on, which is when he gets really mad.

But maybe I should try to memorize some kind of combination of the two anonymous comments and prepare myself to have the guts and composure to say it to him when he acts up. I wonder what is in his craw. People don't behave this way for no reason. Is it a requirement? A gen ed course? Given that I hate conflict, I tend to shy away from addressing, confronting, etc. But I generally find that bringing things right to the forefront works better than my avoidance strategies.

The rest of the class may appreciate some honest discussion of the dynamic in the class.

It also might be useful to ascertain what he thinks the problem is. Finally, I tend to be a Googler I think it sounds easier to deal with than it is. I also think that you can get yourself in such a frenzy about these things, that you lose your confidence and it just makes it all the more difficult. The other students are likely much more aware of the dynamics and issues than they let on, so I don't know that you have to deal with it in class for them to realize or appreciate anything you do. I'd recommend having a conversation with the student in your office, or after class, instead, and start it with a concerned bent, "I was just wondering if something's going on with you, you were so engaged in the beginning and now you've really shut down It might turn into him being disappointed in the class or in your comments to him or something, but it also might be something completely unrelated that has him so short and out-of-line.

Regardless, if you open the door in a non-confrontational way, it might feel more like "you" and will make it more difficult for him to answer with confrontation back.

Good luck! Thanks for the additional advice.

I had decided to say something only if he said something to another student in class which he has done before or to ask to speak with him right after class instead of making a specific meeting. Then, wouldn't you know it, he and the rest of the class, too was on his best behavior tonight in class. The rest of the class, if I didn't already mention, failed to do the work last week. I don't know what happened; it was like a totally different class.

Or is it just that I think about all this stuff way more than they do? The student in question did seem like he was holding back again, but when he expressed some annoyance about not having talked about what he thought was a key issue after only 15 minutes!!! I am not kidding.

After the break, I asked him very politely to address the specific idea he had brought up, and he did, and it went fairly well after that. If the break hadn't conveniently arrived, I don't know if that would have gone so well. I didn't make clear in my original post that yes, this is a general ed requirement, and none of the students are majors; in fact, they go to a specialized school and this is one of the few classes they have to take outside of their specialty. I think his behavior is a combination of this, a frustration with the fact that the other students possibly need more introduction to some of the ideas than he does he's a bit older than the others , and an authority issue.

Plus we disagree fundamentally in a lot of ways. A perfect storm. I plan to ask to speak with him after class if necessary, but I'm hoping my positive comments on his papers for he actually is a good writer and the decent conversation we had tonight might quell things, at least until spring break. I'm glad your last class went well. Hopefully the situation won't get any worse.

After all, as you say, spring break is right around the corner, and then summer is fast approaching. If, however, you do need to confront him, I think Fraud's suggestions are excellent. Confronting a bad seed in front of other students can go terribly awry and leave a bad taste in other students' figurative mouths.

And although in some situations it can be a good shaming tactic, it sounds like the wrong approach for this student: it doesn't sound like he could possibly be shamed. The "I'm concerned" approach, with the subtext of "get your act together," sounds like it would work much better. Good luck with everything, and my sympathies. What a jerk!

I just wanted to say I think I had this guy's twin brother one semester and I feel for you. Ye gods. The brat. It's priceless ;- Very best, Alex.

How To Handle An Angry, Verbally Aggressive Student

I don't know if anyone is still reading these comments, but I just wanted to report an amazing update. The other day, I had a meeting with The Angry Student. He also agreed with that my point was not a matter of "reading too much into the text" in the style of a "typical academic" which is what he had claimed but rather that it was a matter of his own resistance to that specific reading. It was like a dream, where the person who made you angry suddenly recanted and agreed that you were totally right and even had insight into their character. Yes, it's still somewhat problematic that he could only come to this conclusion by getting verification from other critics instead of looking to how I was trying to guide the students in the text another male-female dynamic in my opinion , BUT I do feel that he has a lot more respect for me now and will stop pulling this shit, at least in a really disrespectful way.

How to Stay Calm When Pupils Misbehave - Classroom Management

He is argumentative by nature, but I think it won't be as bad. And it just goes to show how students are still processing beyond the classroom, and that things just don't always sink in immediately. This has been one of the weirdest teaching experiences, but it's certainly taught me a lot! 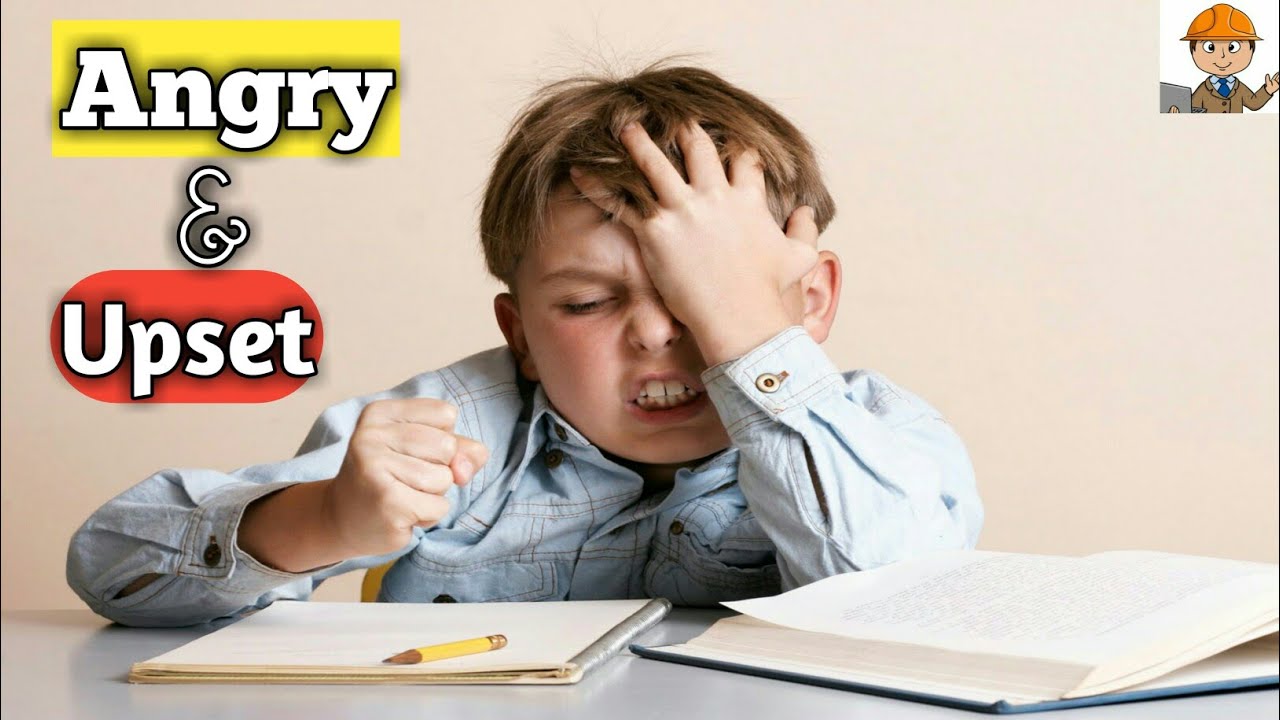 That's amazing, Poppy, but great too! I'm glad things have turned around. I hope that you can see know that it clearly wasn't something about you or your teaching or your control over the classroom, but something about him. You might as well be me. I might as well be you. I am dealing with this very situation this quarter with one of my male students. I feel totally powerless.

Ironic, isn't it, since I am the teacher and he is the student! I stumbled upon this blog looking for answers. My student is so shrewd and I feel like any conversation with him is a lose-lose. Fraud's suggestion seems like the best course of action for me. In the end, I don't want to alienate him; I want him to learn something a modicum of common courtesy, perhaps? I hope my cretin turns himself around the way yours did! Dissertation Sample. Wow Kids now a days really get up your nerves don't they but what can we do they learned it from us to be honest from our generation.

This kind of student should be understand and as a teacher, we should hear the student's voice and yet in the end of the day, thus should be realized. After all, we are just humans. This is very interesting story to read. I saw the title and already woke up my curiosity. I am excited to keep track the thing that I used to do.

This is a really very wonderful website buddy and an informative post, well constructed and very interesting i have bookmarked you hopefully you keep posting new stuff. Many students try to do this:feel teacher uncomfortable at class. They see the teacher as an enemy.

I don't have anything useful to add. I am the first time on this site and am really enthusiastic about and so many good articles. Hello Great informative article!

Thanks so much for sharing your wealth of information. I certainly appreciate the effort! 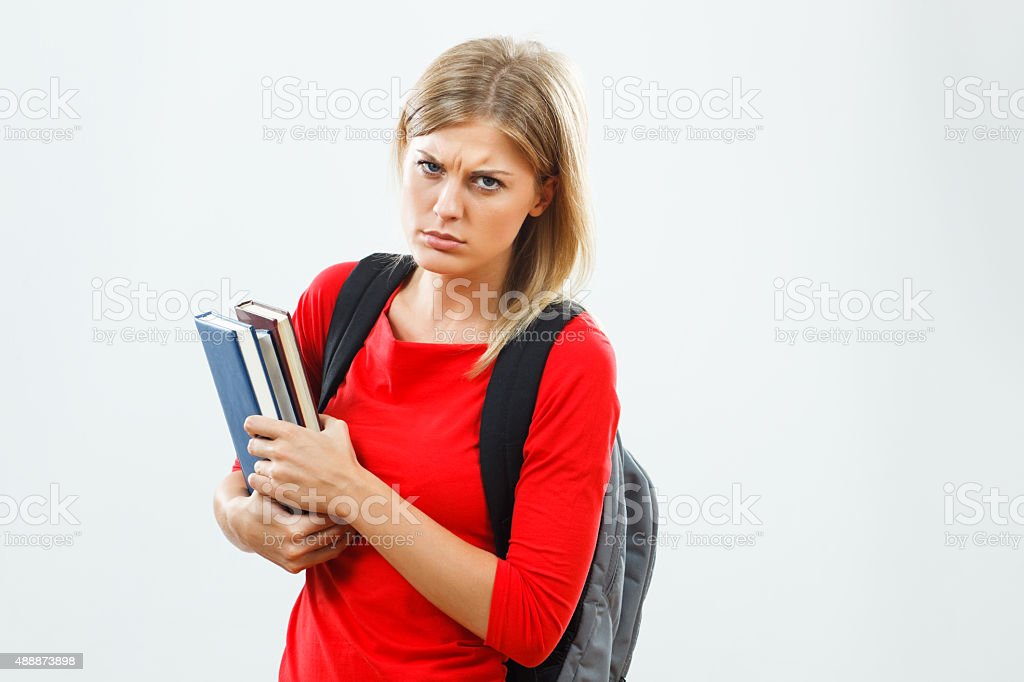 This is very well written and well described article. I got many unknown information from this informative blog. Kenneth Shore Almost every student becomes angry at some point in school.